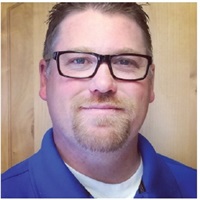 Chad pursued his financial services career in 2002, after leaving the family business after 8 years, to start his own practice. His dream of helping people understand how to think outside the box and realize that financial success CAN become a reality. Chad is LEAP licensed, which is a comprehensive financial strategy system that is a holistic approach to financial success.

He and his wife Emily were married in 1996, and have 4 children. Their oldest son Kaden, graduated Preston High in 2014, and is currently serving an LDS mission in Kansas, Spanish speaking. Their only daughter, 14 year old Rilee, loves the outdoors, and working at the Soda Shack. 12 year old Mason loves anything outdoors, especially hunting and fishing, and plays baseball, basketball and football. Kamron(Jimmy) loves just about everything the older 3 do and is very witty and funny. Together, they are quite a handful, but an awful lot of fun. Emily enjoys keeping herself fit, raising her kids, making women more beautiful in her business, and riding her road bike on extended rides that make Chad very nervous!

Chad has served in many capacities in service organizations. He was the president of the Preston Rotary Club in 2012, and is an active member of the club. He serves in his faith as the elder’s quorum president of the Preston 9th ward of The Church of Jesus Christ of Latter Day Saints. He loves his calling. He also enjoys coaching little league football.

Chad enjoys many things as hobbies. He loves to hunt, fish, shoot archery and firearms, fast and classic cars, both driving them and fixing them up, camping, trips with his wife and kids, farming with his father, cooking, and just hanging out with the family.

He loves his job dearly, and looks forward to going to work. He is excited to meet and work with new people, and teach and educate them how to implement the things he has learned in his career. It truly is a unique job, and one that is very rewarding and fulfilling. He can’t see himself doing anything different!

*Chad is a Registered Representative of Hornor, Townsend, & Kent, LLC